Food is one of the most important aspects of any culture. The way people eat tells you so much about their lifestyles, values, and traditions. By trying out different cuisines, you can expand your horizons and learn more about the world around you. And when it comes to international cuisine, there are many types of dishes to choose from. From Spanish tapas to Indian tandoori, there are many delicious and unique flavors to explore from all over the world. Here are some international cuisines you should try before you die.

Spanish tapas are a small, savory snack served in bars and restaurants throughout Spain. They can be anything from a simple piece of cheese or ham to a more elaborate dish like paella. Tapas are a popular way to sample various dishes, and they’re the perfect way to start a meal.

Thai curries are a type of curry that is popular in Thailand. They are typically made with coconut milk, chicken, shrimp, or beef, and they are served with rice. There are many types of Thai curries, and they can be spicy or mild, depending on your preference.

Pho is a type of Vietnamese noodle soup that is made with beef or chicken broth, rice noodles, and herbs. It is typically served with bean sprouts, lime wedges, chilies, and hoisin sauce. Pho is a delicious and hearty dish that is perfect for warming up on a cold day. 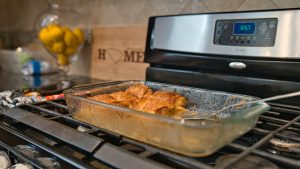 Mexican enchiladas are a type of burrito that is made with corn tortillas. They are typically filled with chicken or beef, and they are covered in a red sauce that is made from chili peppers. Enchiladas can be served with rice and beans, and they are a popular dish in Mexican cuisine.

Korean BBQ is a type of barbecue that is popular in South Korea. It is made by grilling meat, seafood, and vegetables on a tabletop grill. The most popular type of Korean BBQ is bulgogi, which is a beef dish that is marinated in soy sauce and sugar. Korean BBQ is a delicious and fun way to enjoy traditional South Korean cuisine.

Sisig is a type of Filipino cuisine that is made from pork or chicken liver. It is typically served with rice and a dipping sauce, and it is a popular dish in Filipino cuisine. Sisig is a flavorful and delicious dish that is sure to satisfy your appetite.

Afghan aushak is a type of dumpling typically filled with leeks and scallions, topped with yogurt and ground beef, and served with a garlic sauce. It’s a popular dish in Afghanistan and other nearby countries. It’s one of the most popular Afghan cuisines that you should try out.

Hamburgers are a type of sandwich that is made with ground beef, cheese, and bacon. They are usually served on a bun, and they are a popular dish in American cuisine. Hamburgers are a delicious and easy-to-make dish that is perfect for any occasion.